This unique cabinet features a unique finishes and remarkable design elements, inspired in the classic Manueline style. The cabinet body is covered in hand painted azulejo tiles and mirrors. Its legs are made from solid mahogany, and are crafted to a traditional form, finished in high gloss browjn lacquer gradient.

Heavily inspired in Portuguese history and culture, the Dom Heritage is a cross between two of Boca do Lobo’s most iconic design pieces, keeping the form of the Dom Manuel cabinet, with the use of the azulejo finish found on the Heritage pieces. Used to tell tales and stories, azulejo tiles became increasingly popular during King Manuel’s reign, representing a landmark in Portuguese architecture. The Dom Heritage is a tribute to the country’s grand epoch, as well as to it’s traditional artisan crafts which Boca do Lobo seek to keep alive.

There are no reviews yet.

Be the first to review “D. Heritage Cabinet – in Polished Stainless Steel and Bronze Mirror By Boca Do Lobo” Cancel reply 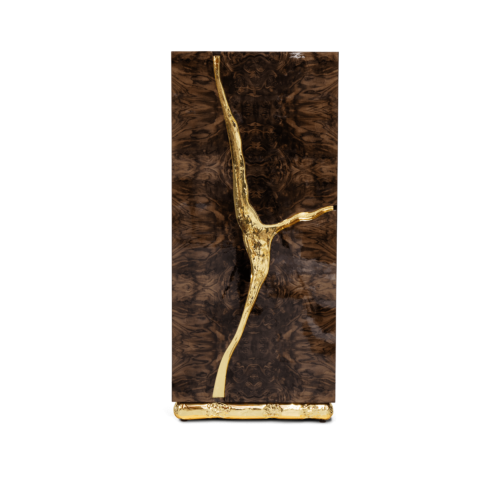 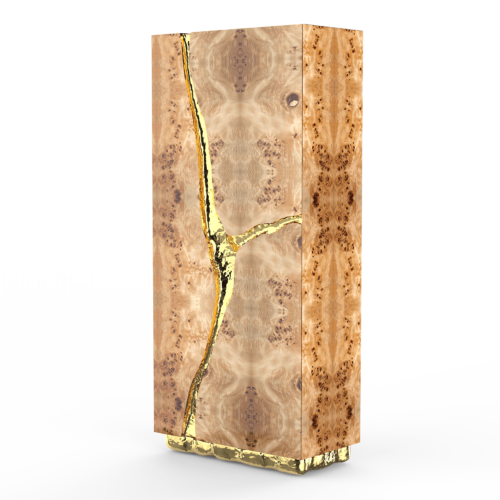 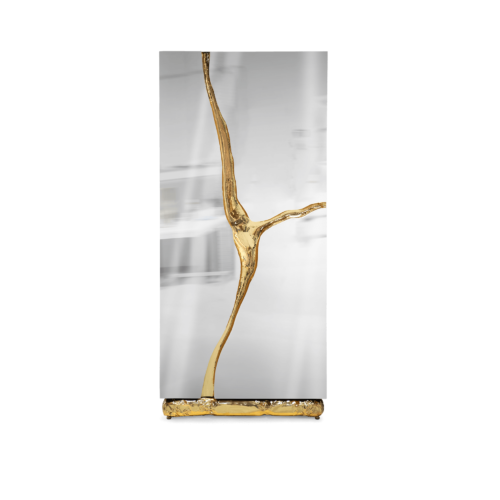 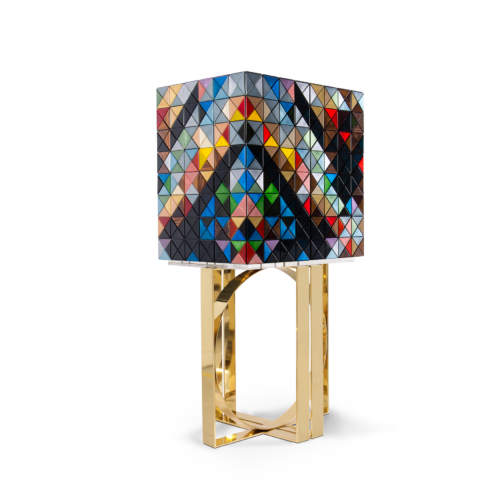